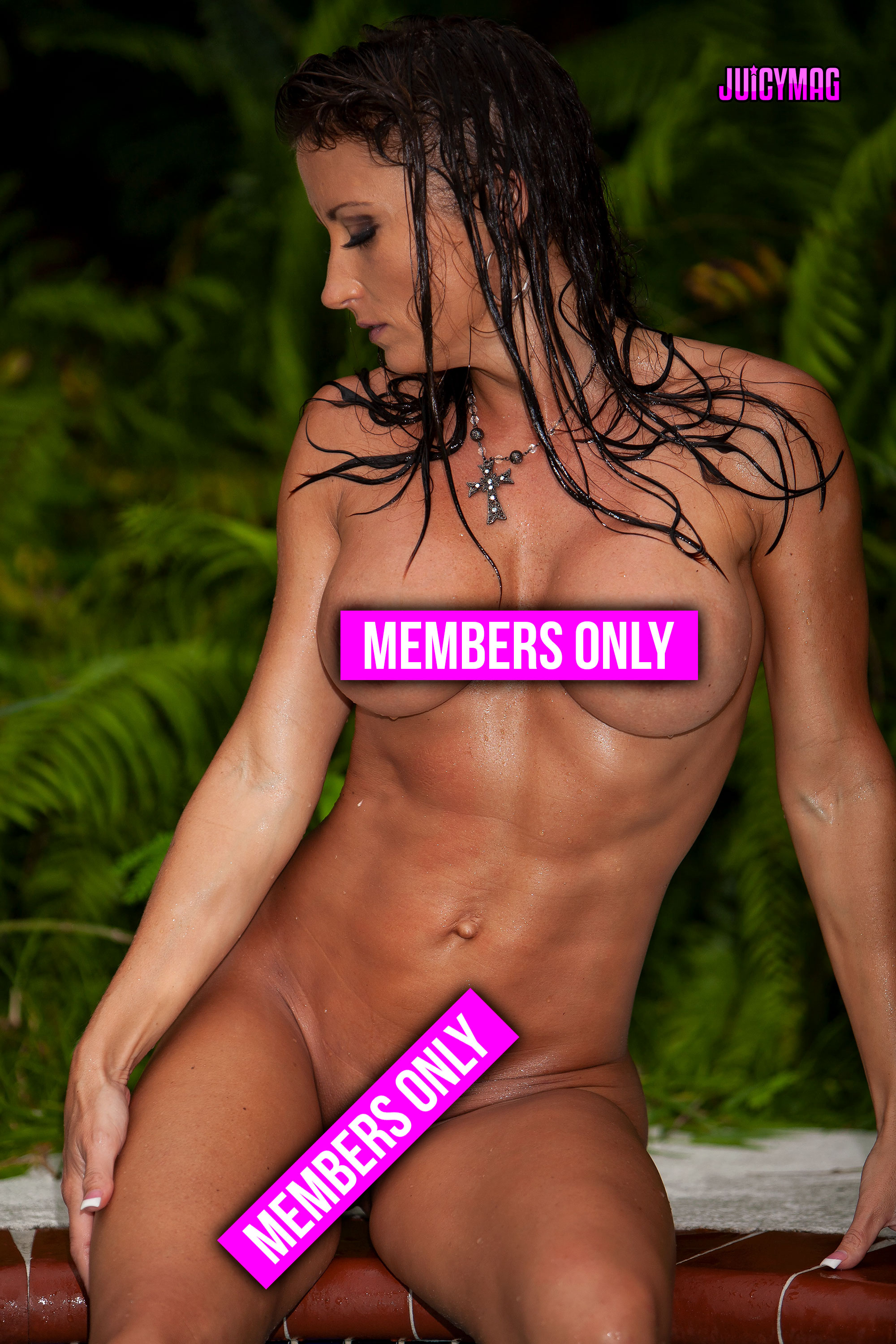 DESCRIPTION:  One of the hottest galleries of Sherri Gulley available anywhere, the Texas beauty is all nude in the pool, baring all!  These are HUGE files, 2800 x 4200 pixels, so zoom in to your heart's content!  Sherri is fit and fabulous in this set #4 of 5. 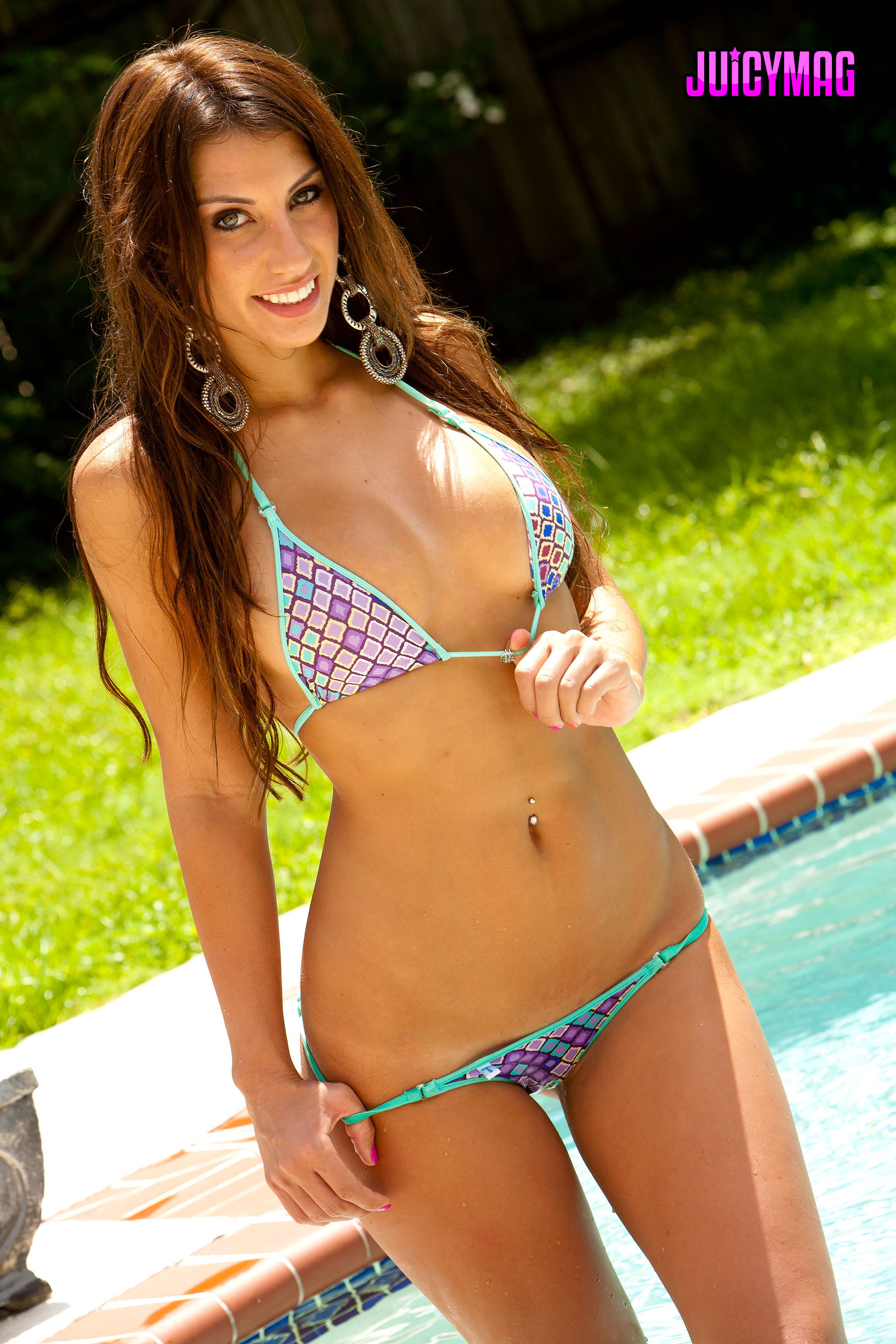 DESCRIPTION:  Brandy is tall and athletic, and her waist to hips ratio makes me dizzy.  I absolutely love this girl's body, even though she's probably 2 inches taller than I am (maybe more).  She's got such beautiful proportions and the right amount of muscle and thickness to make her someone you can't stop staring at.  If you like fit, tall brunettes, Brandy is for you!  No topless or nudes here, but the bikini is tiny! 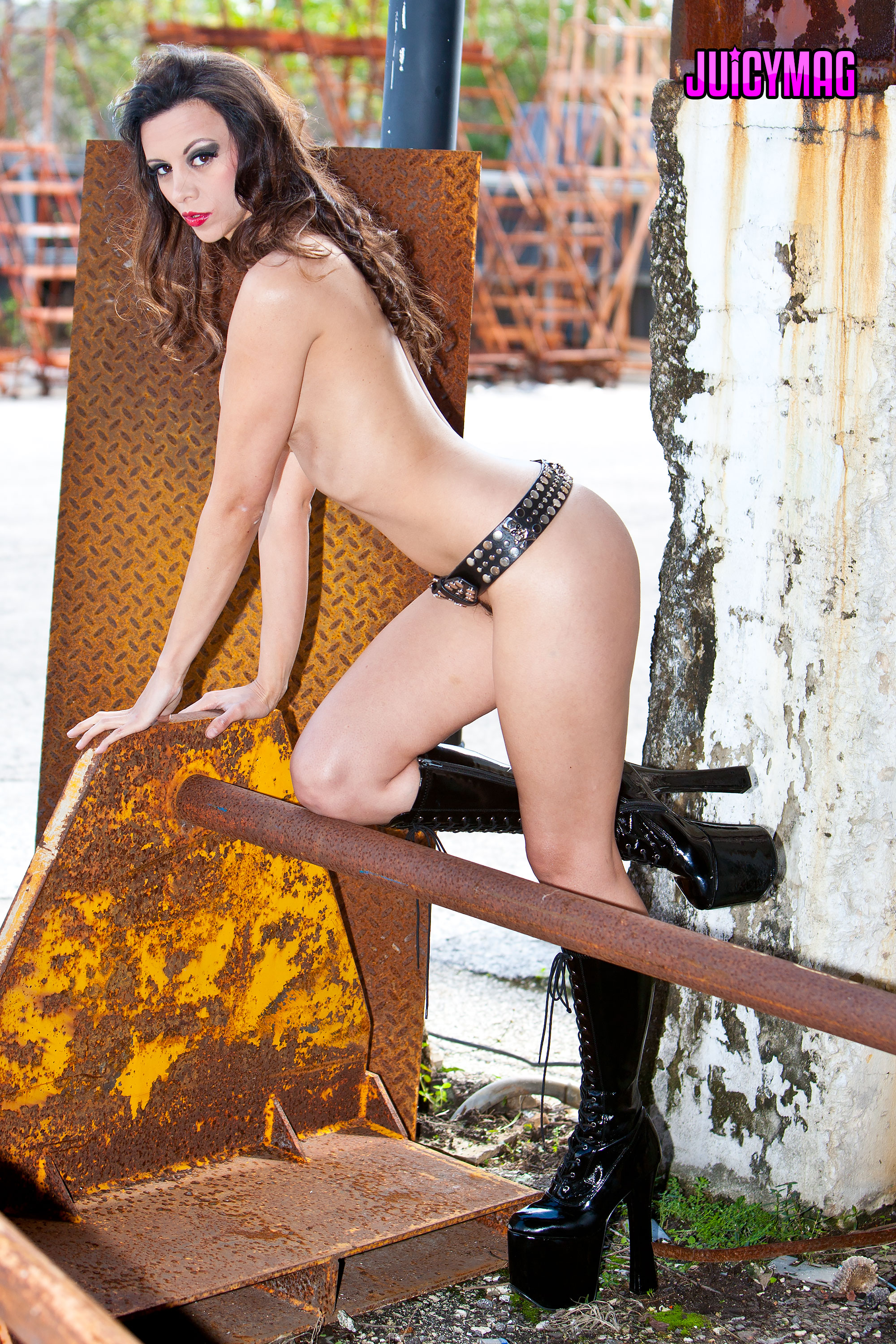 DESCRIPTION:  Kerri is a model from the northeast, and comes down to Florida to shoot with photographers at least once a year.  We got to shoot with Kerri during one of these visits, and photographed her in a warehouse location we frequently used for our shoots.  She's tall, lean and fit, and has penetrating dark eyes that smolder.  She loves dressing up in Latex, and she stalked around the set in these high heeled boots with grace and sexuality that was on fire. 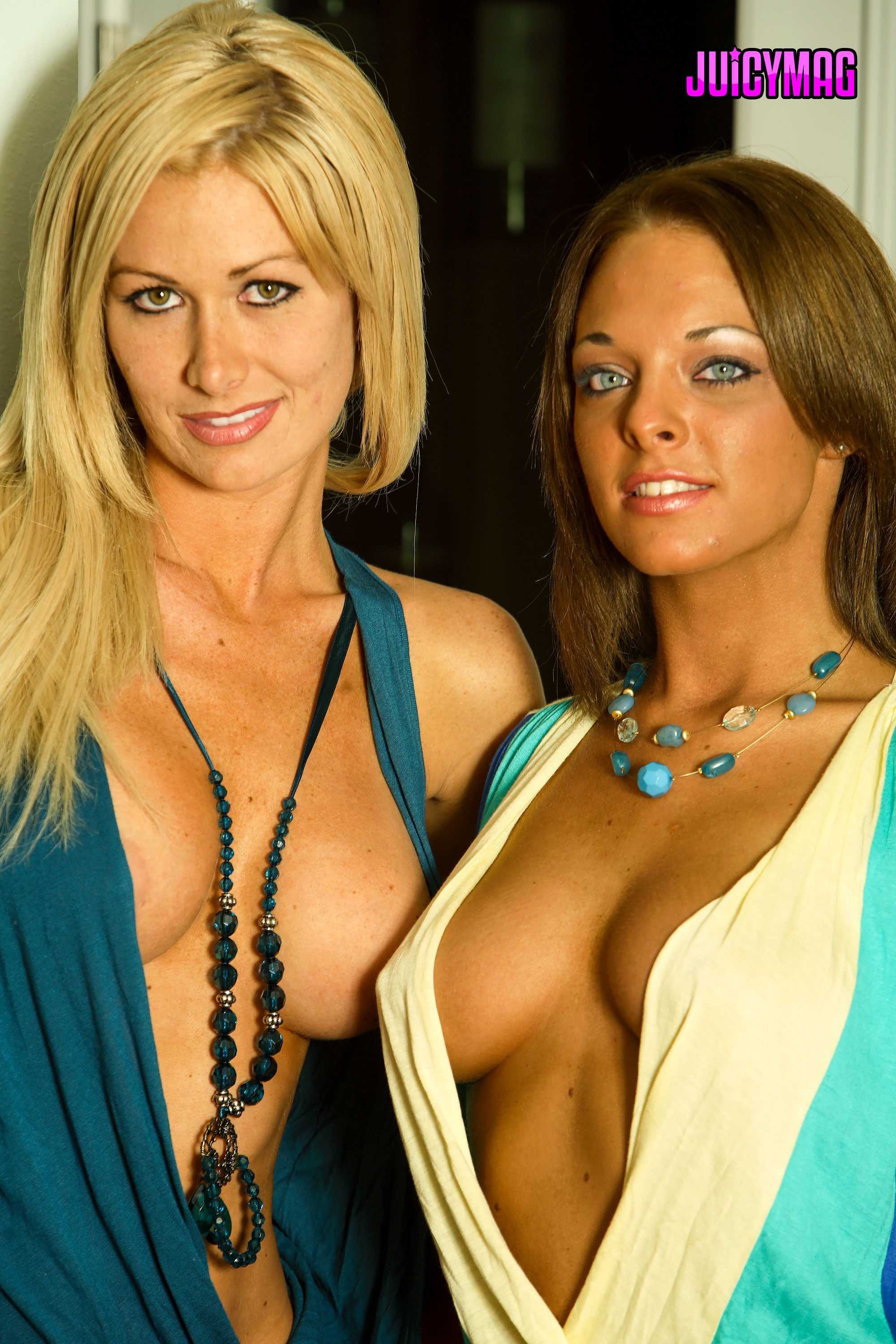 DESCRIPTION:  Two good friends, Megan and Cassie worked at the Wing House, similar to Hooters, here in the Tampa Bay area.  This is the only gallery we shot of them together.  Megan, the taller blonde with brown eyes, and Cassie, with her amazing natural and tanned breasts and light green eyes.  Both gorgeous and sexy.  Unfortunately, we did not get any topless or nudes of them together, only individually. 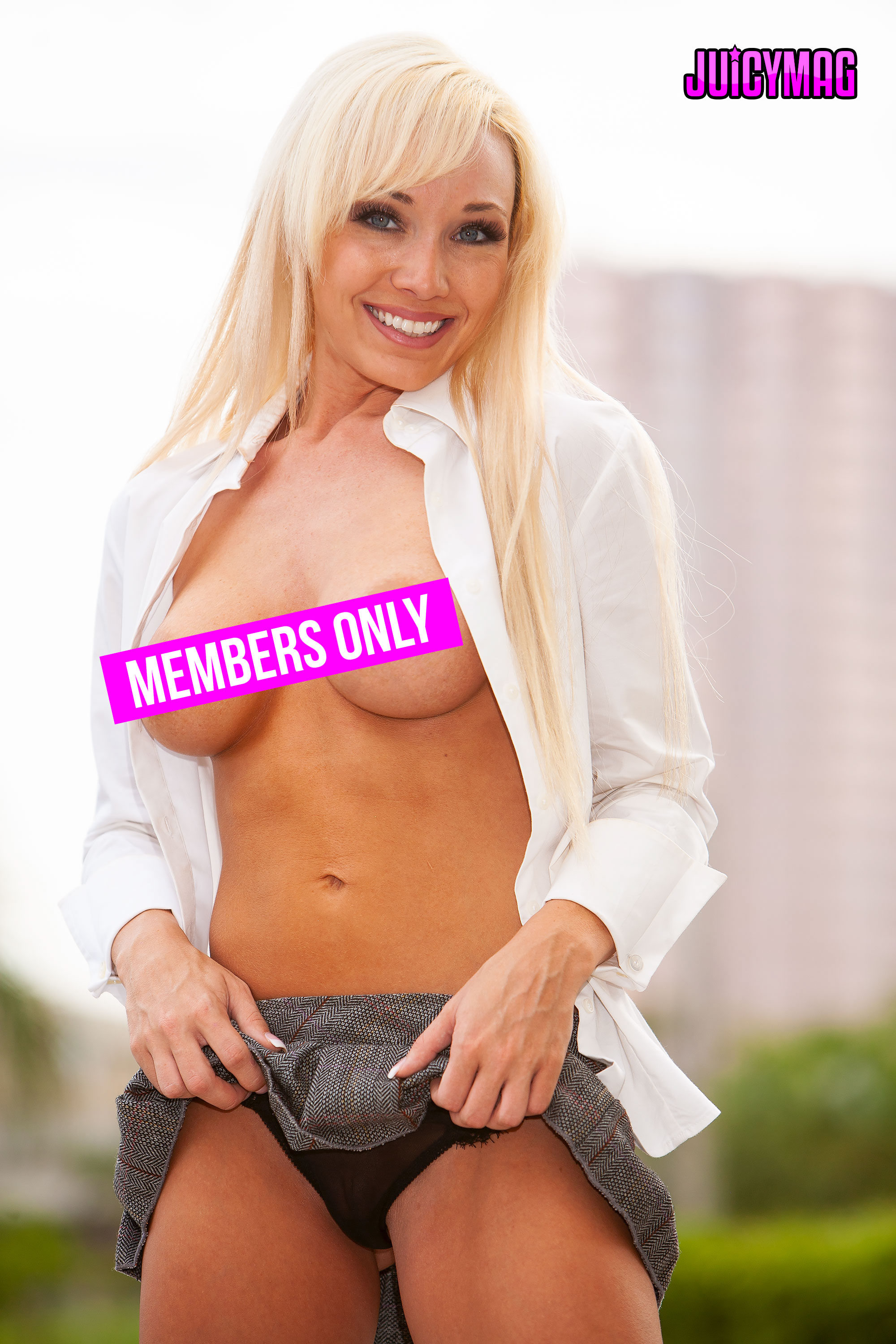 DESCRIPTION:  I believe this was the first meeting I ever had with Emily Caprice, during this shoot in downtown Tampa on what I think was a weekend day.  We found a nice newer office building, drove around back, and shot these gallery of her in a sexy lawyer outfit, using my vintage 560SL as her car.  At the end of the shoot (thank God), a Tampa police officer rolled up in his patrol car, and asked what we were doing.  I said Emily was my friend, and that we were shooting some modeling photos of her.  He said that they got a call from a concerned citizen who had seen a nude girl at this address.  Technically, Emily never got &quot;nude.&quot;  She always had on her top and skirt, but we see her nude body as she pulls up her skirt and opens her blouse.  We told the very nice officer that we were all finished, and he told us to have a nice day.  Of course, having Emily flashing her amazingly beautiful smile at him didn't hurt. 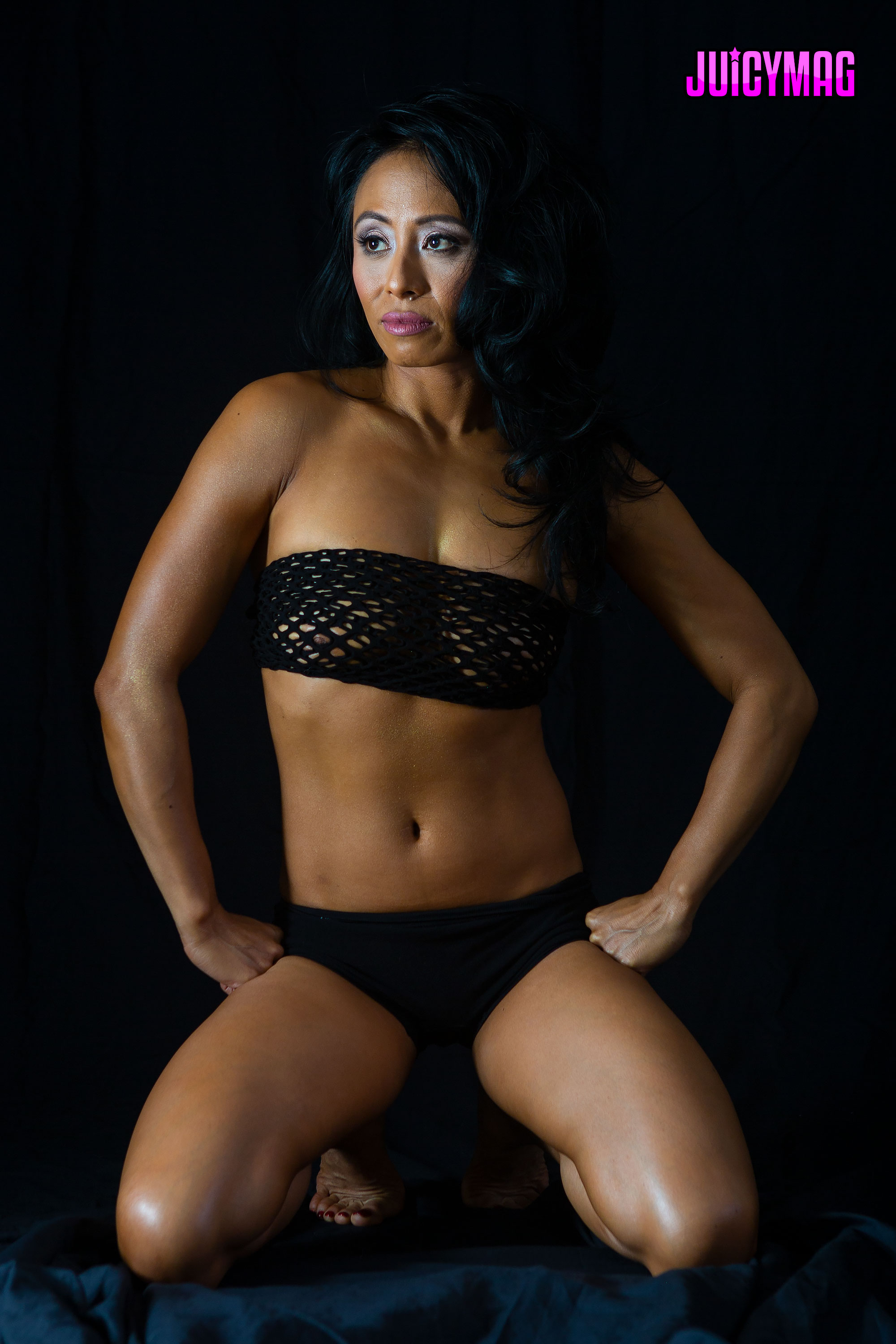 DESCRIPTION:  Caroline is a beautiful, all natural Filipino girl who teaches self defense to women. She's super tiny, 5'2" and only 105 lbs, but has been an MMA fighter with a couple pro bouts. She is a spokesmodel in the fitness industry, and conducts seminars about empowering women. She's fun, happy, sexy and as hot as fire. 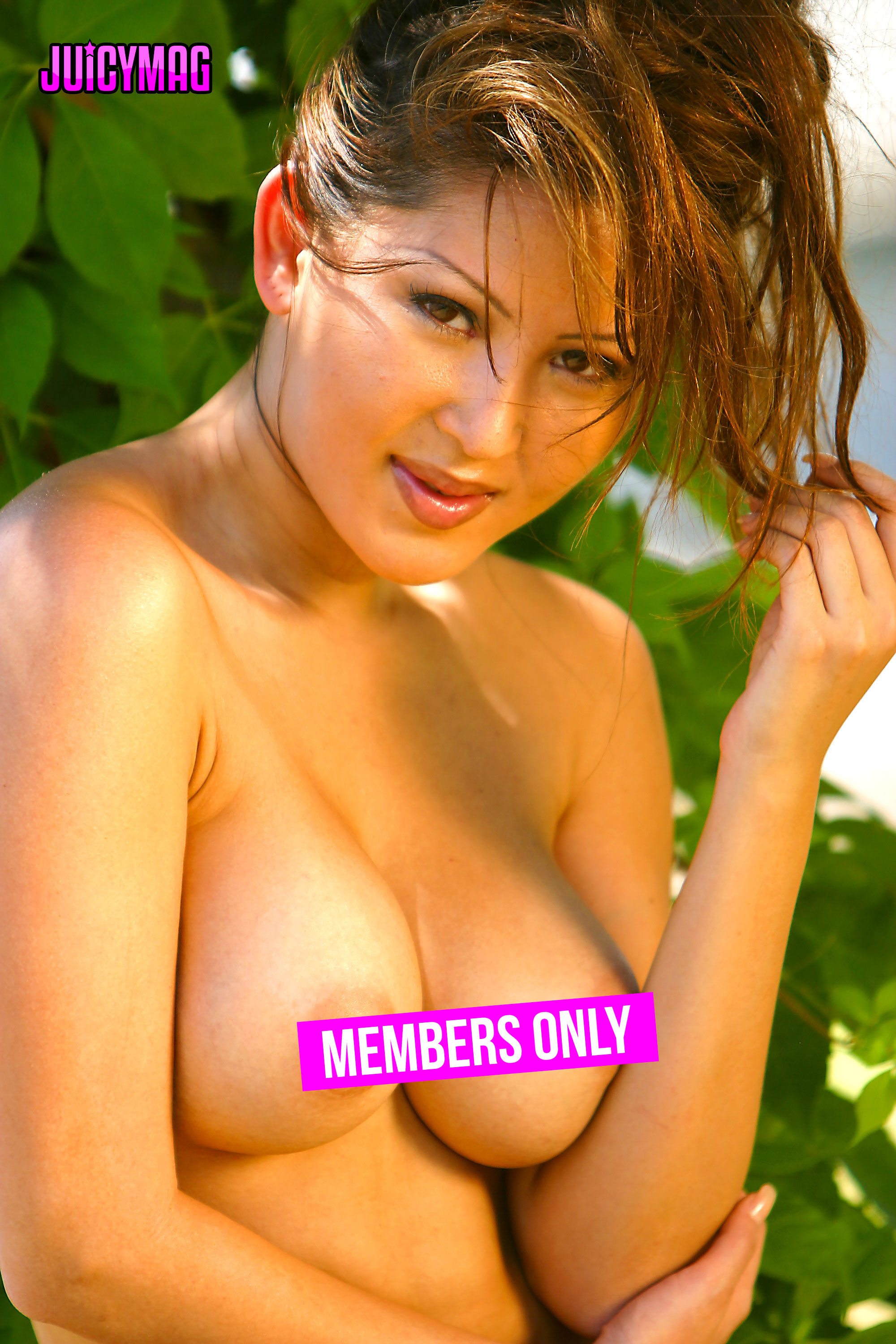 DESCRIPTION:  One of the most stunningly beautiful models we ever photographed was the former Miss Korea World, Lorabel Rey.  A California girl, she flew to Florida to shoot with us, and invited us to come back out to L.A. and stay with her, saying we would have an endless supply of beautiful models she knew to shoot.  Unfortunately, we never took her up on her offer, so we only got to work with her the one time.  She was an incredibly intelligent and very sweet person, and didn't have any west coast vibe about her.  She was just a regular girl who happened to be gorgeous.  Her face is exotic and stunning, and her body was soft and ripe, especially her perfect augmented breasts. 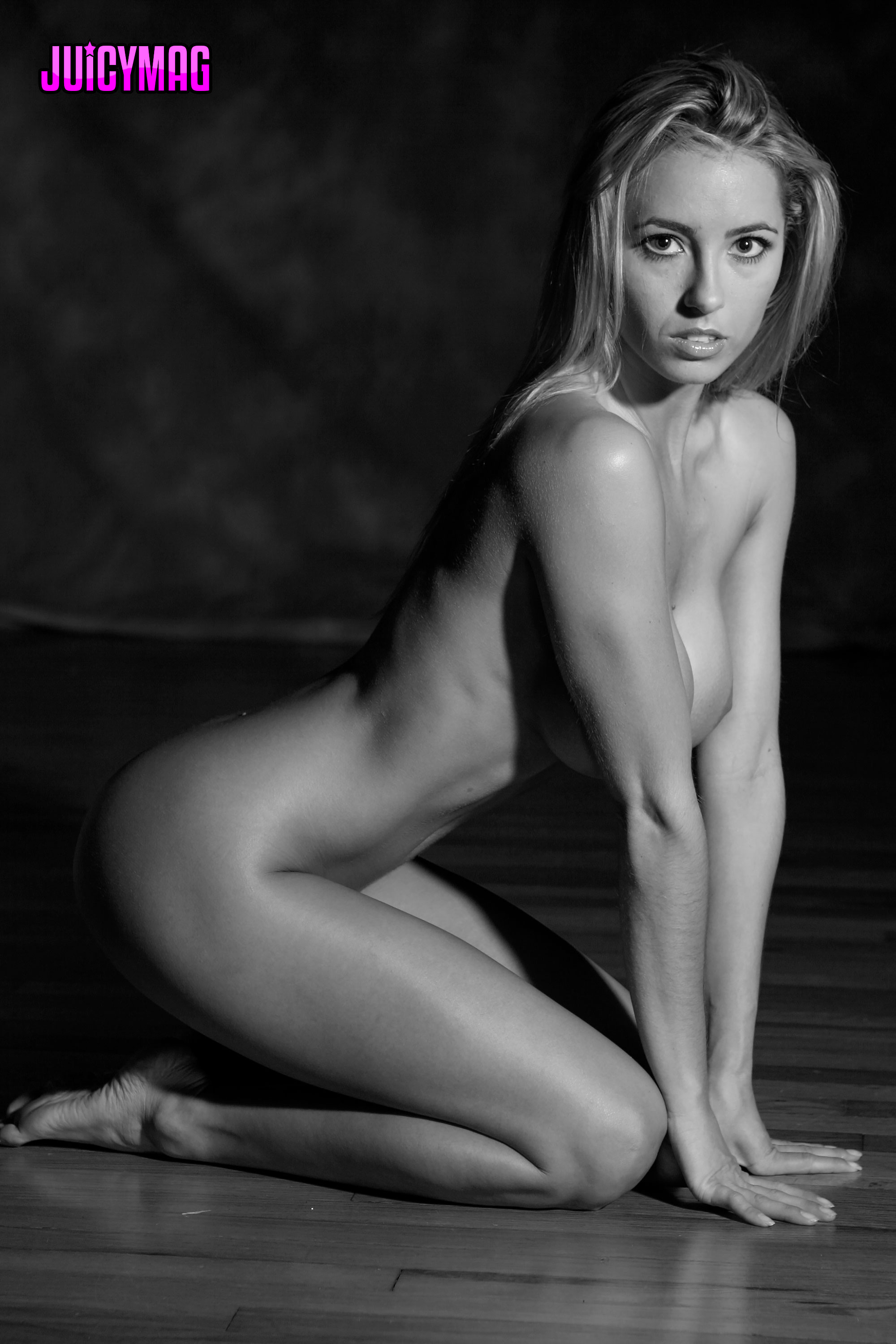 DESCRIPTION:  Charity Hodges, totally nude in the studio, on the hardwood floor.  Look closely for some hard to find nip slips of this &quot;unicorn&quot; of glamour models from Florida.  We originally uploaded this set as a color set, but decided to do a new version in black &amp; white that is in much higher resolution (good for zooming in!).  These may be the only known images of Miss Hodges completely nude, and while all the images are what you'd call implied nudes, having Charity in her birthday suit is always a good thing! 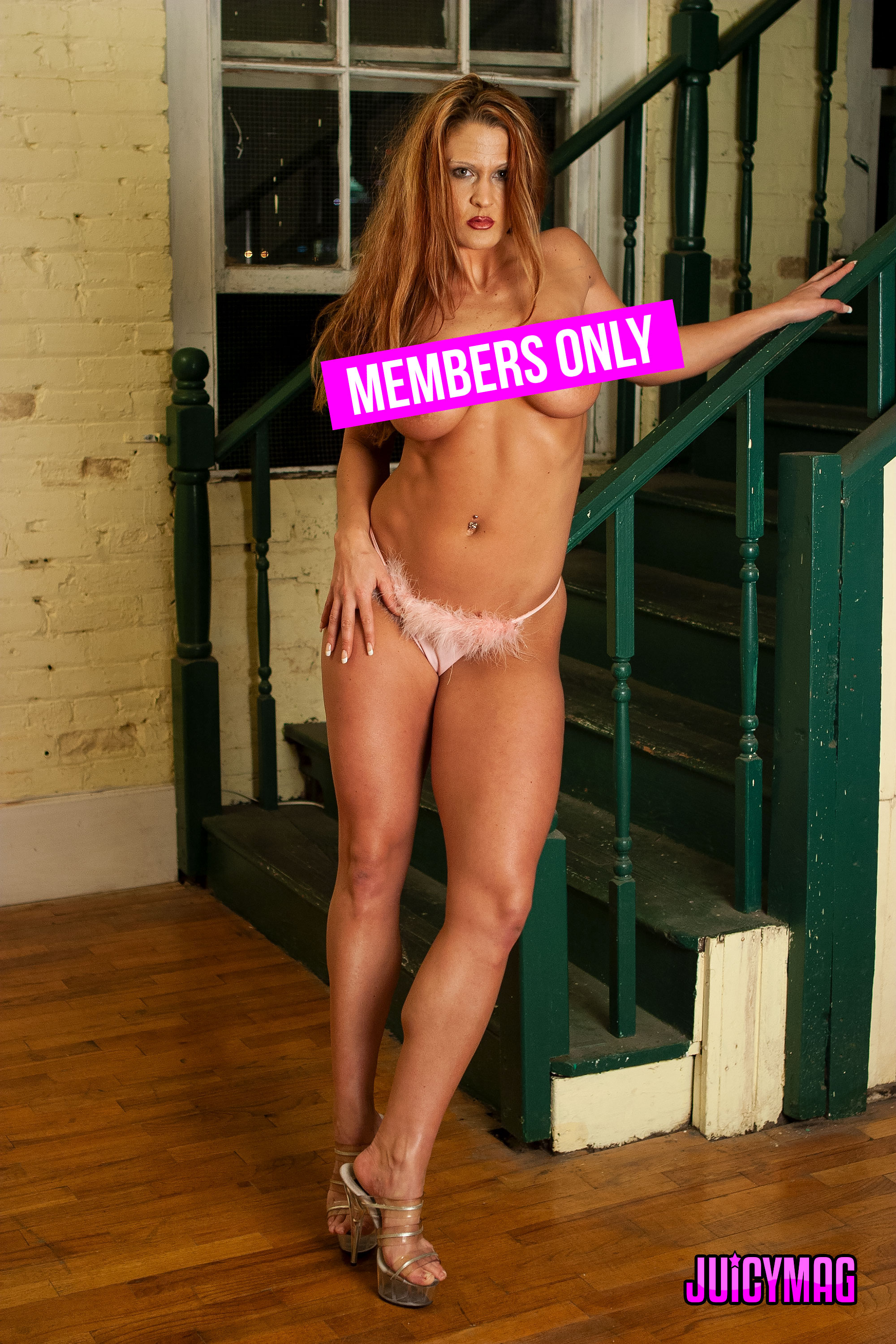 DESCRIPTION:  Here's set 2 of 3 of the Amazon, Heather Mir, getting naked and showing off her thick, muscular body.  I can picture Heather dominating her man, holding him down as she climbs on top to take control.  We had a subscriber ask for more of Heather, so we promised to post another set this week! 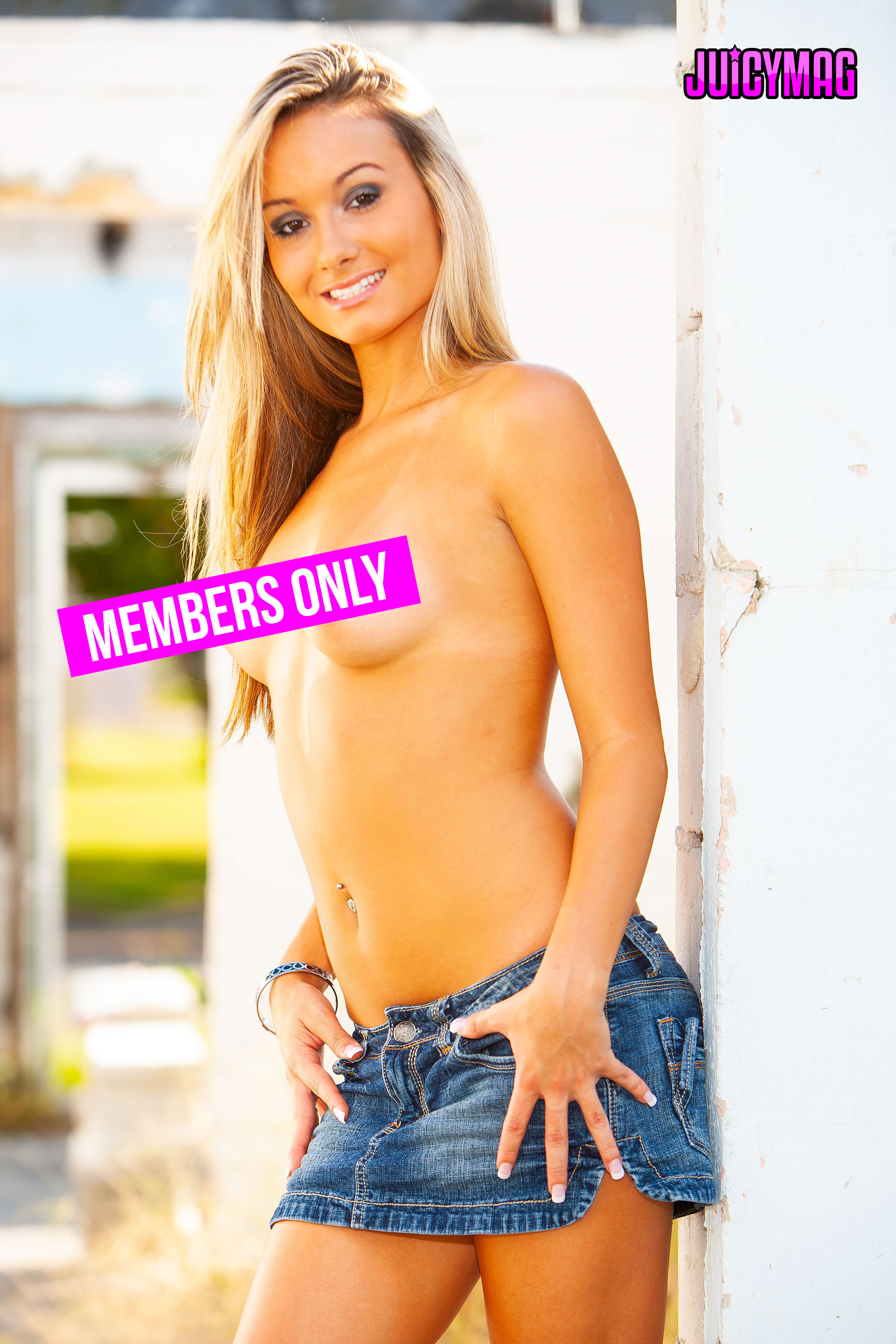 DESCRIPTION:  Every photographer has favorite galleries that they shot over their career, and this is one of them for me.  The abandoned building in historic Ybor City, the perfect lighting, and one of my favorite all natural models of all time.  She was just 20-years-old when we did this first shoot, and was just jaw dropping in her natural beauty.  Perfect skin, nothing fake, long shiny hair, warm brown eyes, a cute smile and a young body that is just naturally fit from a healthy lifestyle.  Erika is in our Top 10 HOF for sure.  This is part 2 of 3 sets in the Jeans Skirt Gallery. 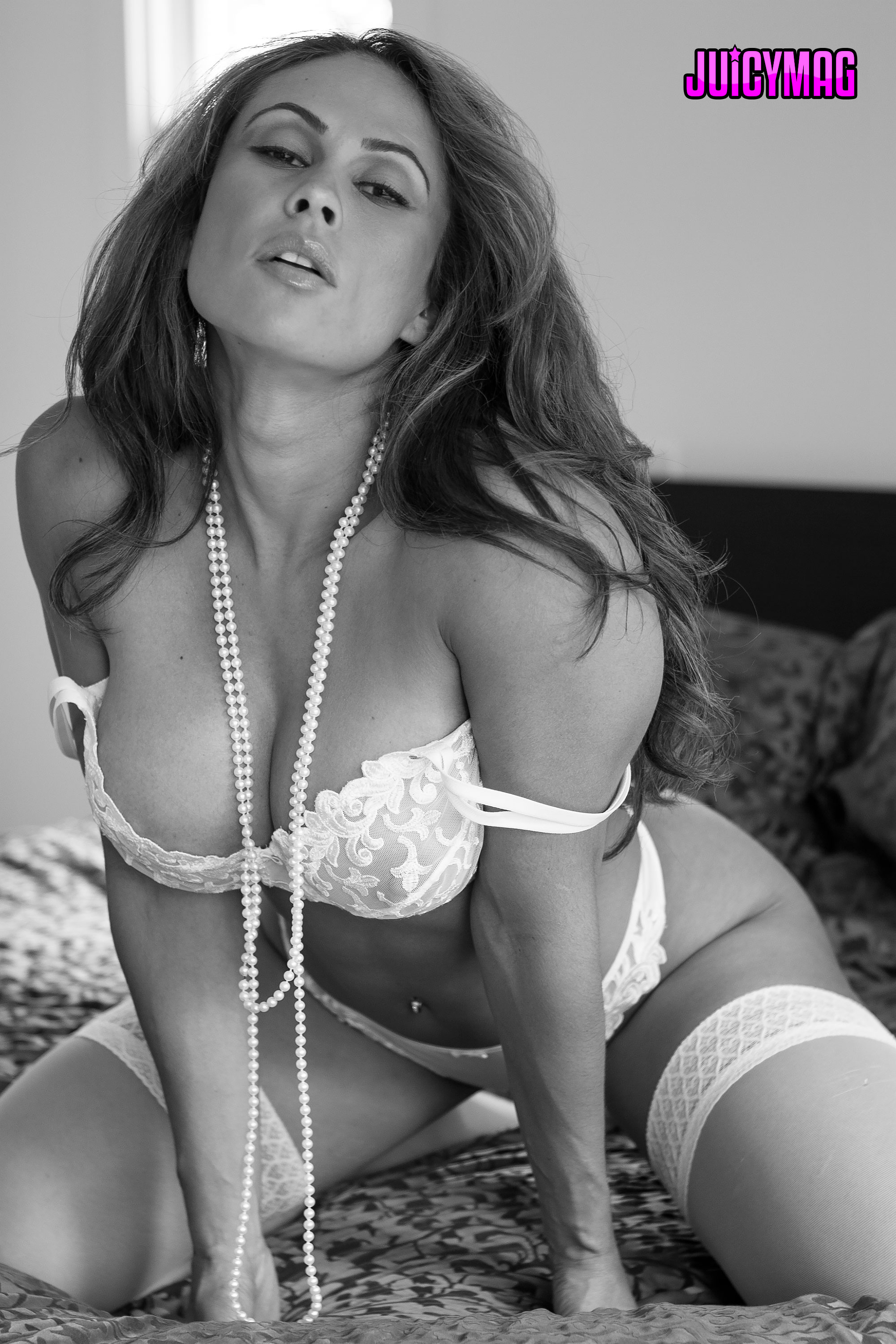 DESCRIPTION:  Possibly the hottest IFBB figure competitor of all time, Dina Al-Sabah in off season form looks absolutely perfect to us.  She's thick, muscled, curvy and sexy to the nth degree.  Flowing hair, huge breasts, perfect lips, seductive eyes and the body of a Greek goddess.  What more could you want in a woman?  Oh, and she's brilliant, and highly educated.  Did we mention sexy?  Dina has been a close friend for 20 years, and she's just as beautiful today as she was when we shot these in her home in the northeast.  We love Dina Al-Sabah! 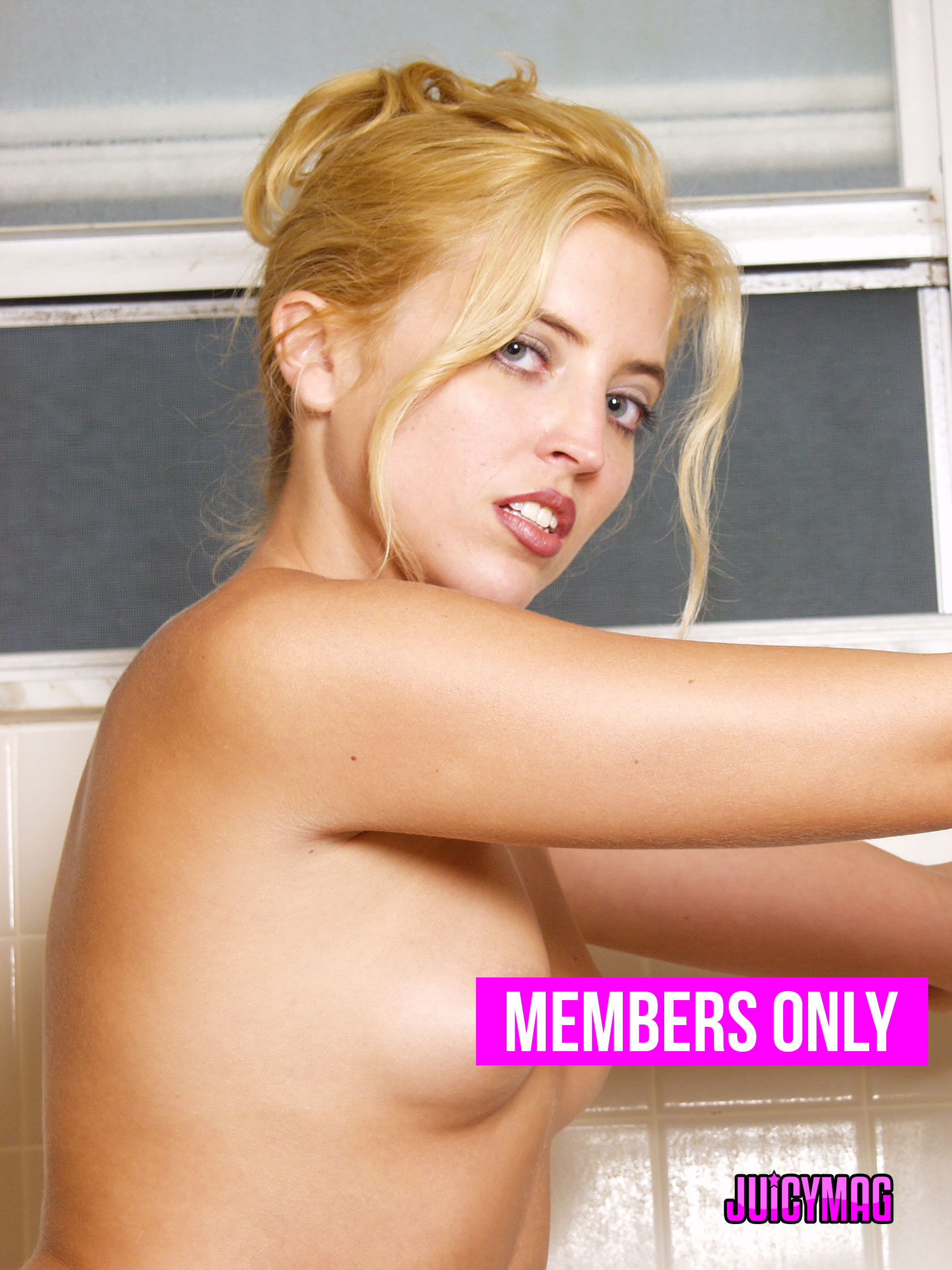 DESCRIPTION:  The beautiful and all natural Eve is back with a wet and wild gallery in the shower.  Her golden hair is pinned up, and she uses the shower head to soak her whole body.  Her small, perky breasts glisten as the water cascades down her sexy body.  Eve was high school friends with Crissy Moran in north Florida!  Eve is one sexy, blue eyed blonde, with pouty red lips and creamy skin that begs to be caressed.  Due to the sexual nature of some of the photos in this gallery, the entire gallery can only be viewed on our Official Bentbox page at https://bentbox.co/juicymag 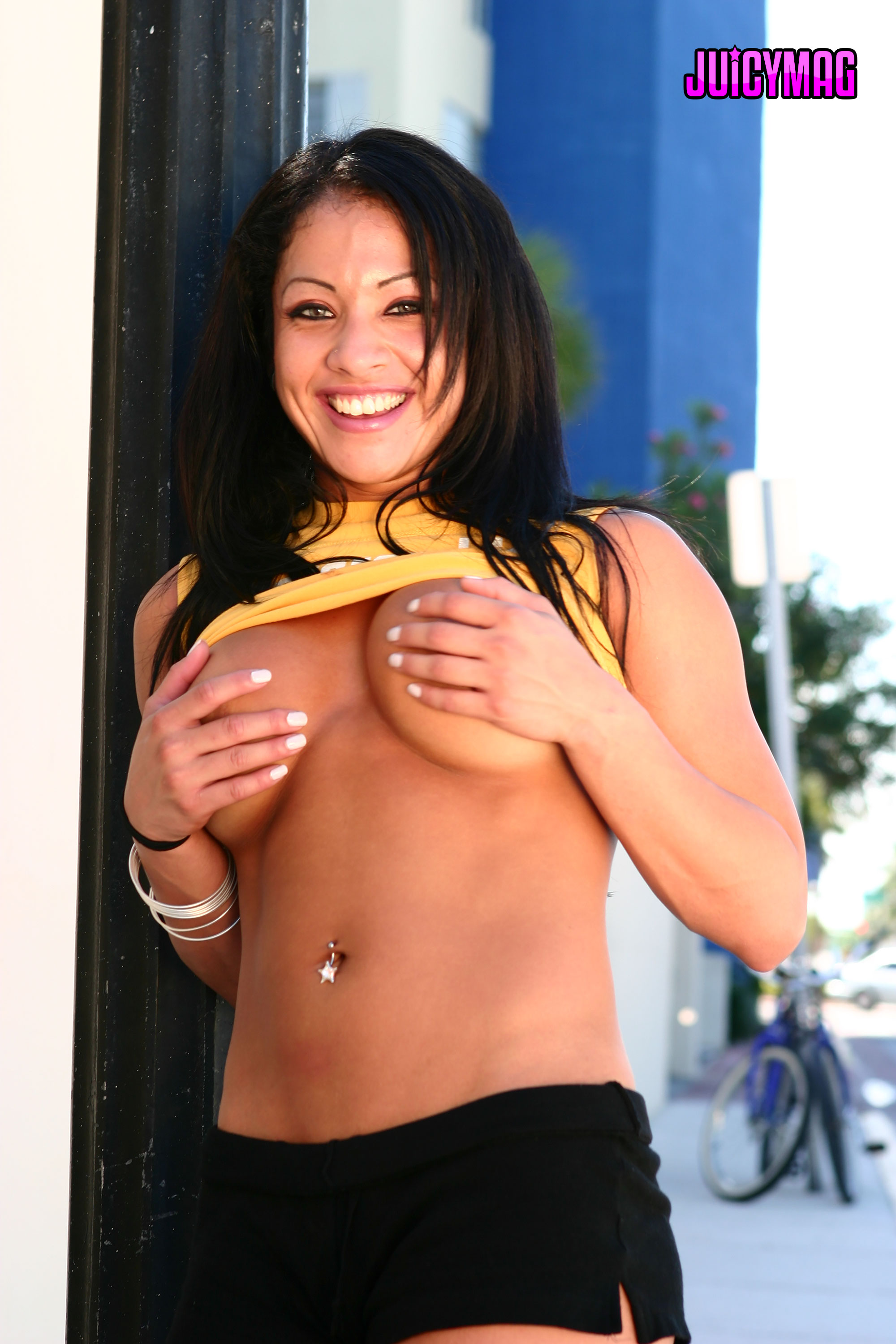 DESCRIPTION:  You know, I'm actually surprised that we don't get more requests for sets featuring Jordan, the hardbody South Beach fitness trainer gone wild.  She's beautiful, has a compact, fit body, and a nice set of augmented breasts that look delicious.  This was a quicky gallery we shot literally on the streets of South Beach in Miami, I think right after we shot the rollerblading photos on the sidewalk in the park between the Atlantic Ocean and Ocean Drive in South Beach, directly across from all the famous art deco hotels.  Jordan is daring, sexy and wild, and it was not too hard to get her to flash her beautiful breasts for the camera while cars and pedestrians went by. 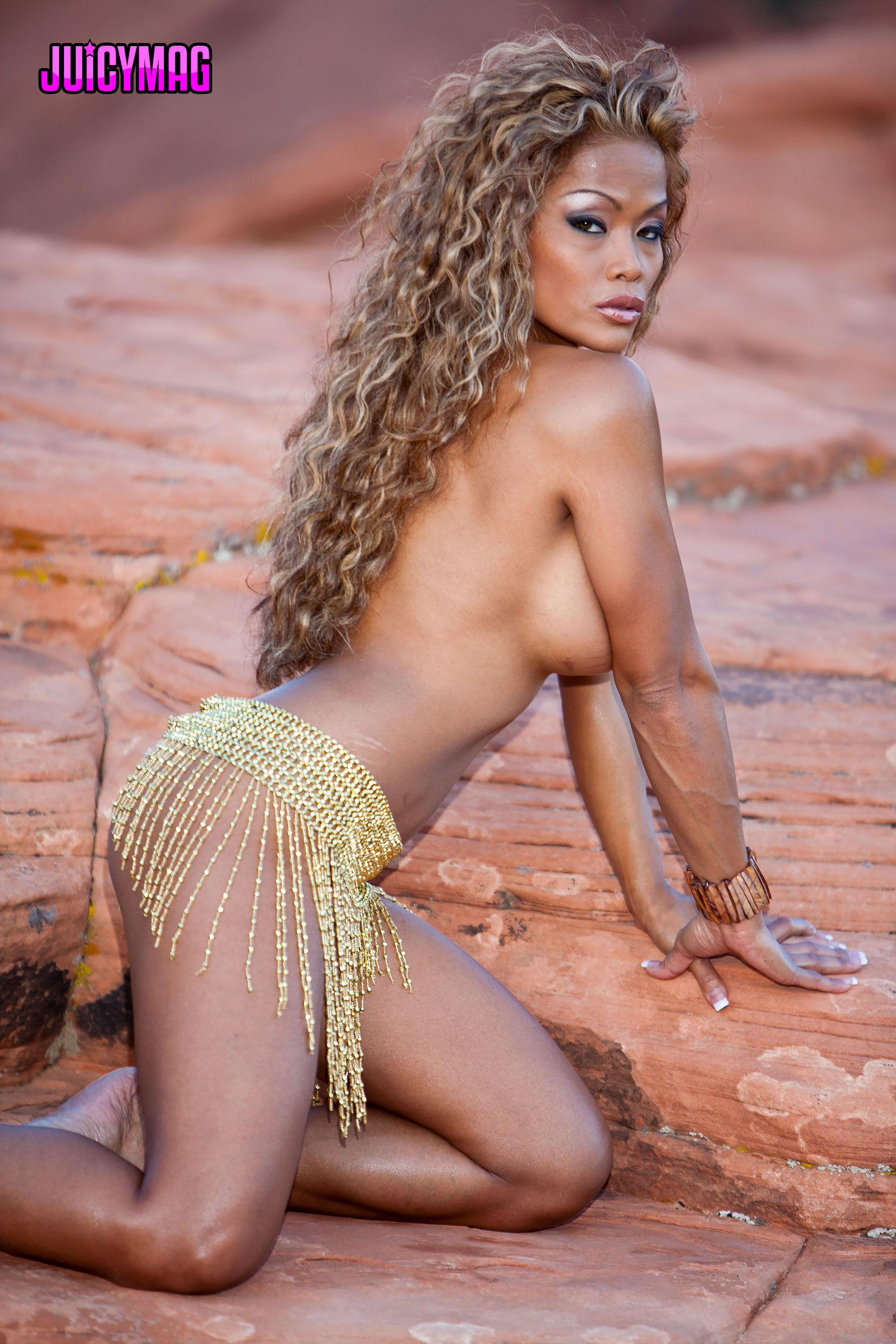 DESCRIPTION:  Mary Alejo, Marisa Matthews and I ventured up into Red Rock Canyon a few miles outside Las Vegas for these photos, and had to navigate around the beautiful terrain and other hikers to get the right spot.  Such a beautiful place to shoot!  Mary Alejo is such a sexy, well build Playboy model, and with a dark complexion on an Asian girl, she has a beautiful, unique look.  Mary is a Filipino, and only about 5' tall.  She has gone on to be part of the Shoot the Centerfold company with her long time boyfriend, a former Playboy photographer.  I wish we had been able to photograph her more! 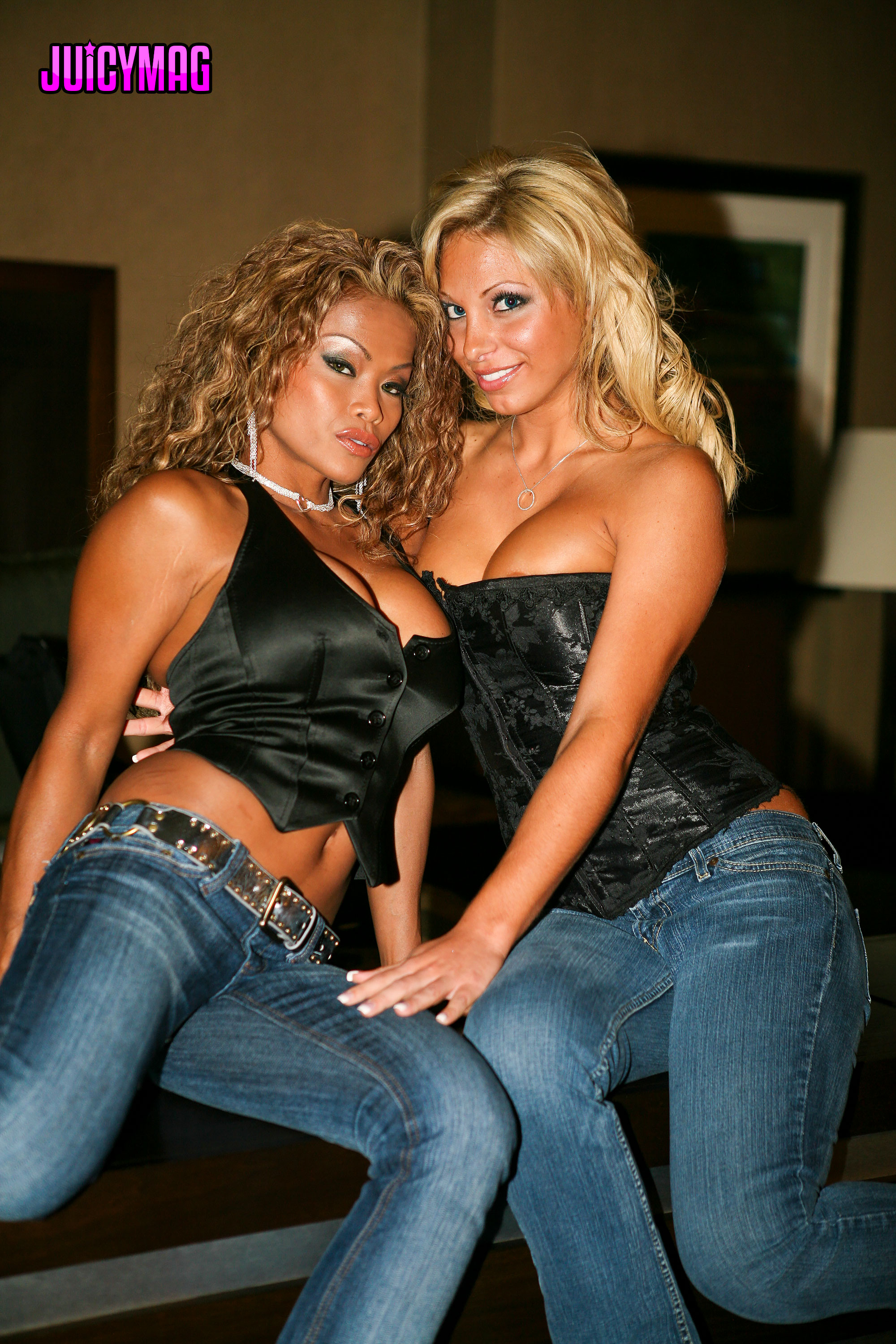 DESCRIPTION:  This was an epic trip to Las Vegas for the grand opening of the Playboy Club at the Palms Casino back in October of 2006.  Mary Alejo, Marisa Matthews and I flew out to Las Vegas from Tampa, and were picked up by limo to take us to the Palms, where we met a friend who was considered a large gambler, called a whale.  We had the suite directly below the Hugh Hefner suites, with Hugh and his 3 girlfriends, Kendra, Bridget and Holly staying in the top suite, Hugh's , Christie, stayed in the one below him, and we were directly below Christie's suite.  It was a huge 2-bedroom suite, with an indoor water feature, a large bar, and a pool that overlooked the strip on the balcony.  We had Mary and Marisa staying in an adjoining suite to ours.  We also flew in another 14 girls from L.A. and Florida, and partied like rock stars for 5 nights.  Our group was shown on late night TV shows, E! and other entertainment shows.  It seemed like the TV cameras were following us around as much as Hef and his girlfriends.  Mary, Marisa and I were virtually inseparable the whole trip, and went out to Red Rock Canyon for a shoot while we were there.  I did shoot a couple of our other girls, including Penthouse Pet, Lux Kassidy, in our suite.  These photos are in order, from on the plane to Vegas, to the day we left.  It was a wild trip, and these are all the behind the scenes images of that trip.